Get A Free Consultation

Facebook Rating
5.0
Based on 12 reviews
Matt Dion & Associates LLC
5.0
Tammy Montgomery
15:55 10 Mar 21
Matt Dion works fast and Efficient for his clients.
Maire Halstead
20:01 08 Sep 20
Matt Dion and his team are helpful and professional. They explained the process along the way, step-by-step when I was overwhelmed and recovering from a car accident. They were also very patient with me as I was working full time and going to school while recovering, and took a while to get paperwork over to them at times. If you need help from someone who is honest and will do the right thing, Matt and his team are it!
Violeta Cachero Smith
20:35 17 Jun 20
Matt and his staff are friendly and approachable. Matt explained well the case providing me all information after telling him my situation and was concern on my well-being as well. Alisha was also up to date calling or sending me emails regarding the updates about my case. Settlement was very good. I highly recommend Matt Dion & Associates for any personal and or car injuries.
Cara Kozak
21:18 24 May 20
They were very helpful after my car accident providing me with good information and guidance as well as concern for my wellbeing. The settlement was very good also. I highly recommend Matt Dion & Associates.
Tenaya Snider
23:42 03 Jan 20
I was recommended to Matt Dion by my chiropractor and the entire experience lived up to my expectations and more. I would highly recommend him and his office for any personal injury needs.
Krisy Bean
14:48 07 Jun 18
Took away the headache of having to deal with a very difficult insurance company. Fast to respond to any questions via phone or email. Both Matt & Alisha were a pleasure to work with.
Robyn Holler
00:06 05 Mar 16
I was in an auto vs. pedestrian accident. My Doctor referred me to Matt Dion. Thank goodness he did. Matt and Alisha took care of my case from start to finish. They took care of everything, and I felt like they kept me in the loop at each step of the way. My bills are paid in full, with paper work to prove it. I did not have any business calling me to collect money, they took care of everything. They answered all my questions right away, too. Thanks guys, for letting me heal without the extra added stress of any worry. I sure appreciate you!
Kelly Peercy Lawson
04:27 23 Feb 16
Matt Dion is an amazing, intelligent attorney and person. Have had the privilege to know Matt both professionally and personally and I can't recommend him enough. The best of the best.
Becky Satterfield Bennett
15:05 29 Jan 16
Matt Dion is a great attorney. I have known and respected him for many years.
Robert Cardenas
05:49 19 Jan 16
Matt is one of the best attorneys in the industry. Respect & admire him as an advocate & highly recommend him.
See all reviewsWrite a review
powered by Facebook
Yelp Rating
5.0
Based on 5 reviews
Matt Dion & Associates
5.0
Joel V.
18:24 09 Feb 21
Matt is AWESOME!!! What else can I tell you. He helped my dad (81 years old) when he was rear ended and had a stroke. Matt has intergety, he is hionet and...
John J.
17:40 01 Dec 20
Matt and his team is absolutely great!! I don't have a bad thing to say about the process or conclusion of my case. I went to Matt COMPLETELY PISSED OFF...
Brad T.
13:36 23 Sep 20
Excellent representation by very knowledgeable and professional staff. When you need help. They are there for you. Handled all the medical payments etc. I...
Mariam H.
12:58 08 Sep 20
Matt Dion and his team are helpful and professional. They explained the process along the way step by step when I was overwhelmed and recovering from a car...
Shannon H.
16:34 07 Aug 20
I so appreciate Matt, Alisha and Melissa for all their time, effort and hard work. After my husband and I were involved in an accident we were referred to...
Yevgeniy R.
17:42 27 May 20
Matt Dion is a great lawyer, I had a bad car accident with a person that probably shouldn't have a license, he tried to fight saying it was a no fault...
Tanya H.
22:52 31 Mar 20
Mr Dion was extremely professional and straight upfront with every aspect of the process of filing the claim for my car accident. Mr Dion and Alisha showed...
Tammy J.
23:24 17 Feb 20
My 2 sons were injured by a dog bite a few months ago. We went in for a consultation. I wasn't sure what to really expect. Most attorneys want lots of...
Jaime H.
21:24 22 Dec 17
I hired Matt following an accident that I was injured in. I can't say enough good things about Matt and his assistant Alisha! I was apprehensive about...
Rena H.
20:20 09 Dec 16
I honestly had the best experience from start to finish. I was referred to Mr. Dion's office from a coworker. I am so happy that I chose to go with his...
See all reviewsWrite a review
powered by

Matt was born and raised in Vallejo, California and attended California State University Sacramento where in 1988 he earned a Bachelor of Science degree in Social Science with a minor in Criminal Justice.

After graduating, Matt attended and earned his Juris Doctorate (JD-Law Degree) from Santa Clara University in 1988. He was licensed in California in 1988 and Nevada in 1994.

Matt started his career in the Bay Area representing major insurance carriers. In 1994, he moved his practice to Las Vegas, Nevada, where he continued to represent major insurance companies. After practicing insurance defense law in Las Vegas for three years, Matt instead began to represent injured clients, helping them to recover damages against insurance companies. Matt practiced personal injury law in Las Vegas until December 2012, when he relocated his practice to the city of Reno, Nevada.

Currently he exclusively represents individuals injured in accidents caused by another’s negligent conduct resulting in a personal injury such as an auto accident, Matt can help walk you through what happens after getting in an accident.

Matt has served as a private Arbitrator and Mediator and he has tried in excess of 50 jury trials, numerous court trials, and countless arbitrations and mediations. Matt has been recognized as one of the top 100 trial attorneys in Nevada.

Outside the office, Matt enjoys competing in triathlons and Cross Fit. He is active in the community as a Little League and basketball coach, and as a volunteer at Our Lady of the Snows Parish and Bishop Manogue High School. He believes that the honest and aggressive representation of his clients results in the maximum recovery and satisfied clients. Alisha has lived in the Reno area most of her life, and has been working in criminal defense and personal injury law for almost 15 years. She is highly skilled and adept at navigating personal injury cases to assist Matt in getting our clients the most compensation for their injuries.

At Matt Dion & Associates, Alisha is responsible for all of the pre-litigation files and ensures proper documentation and correspondence with all insurance companies, courts, and medical professionals. She is highly organized and works to make meetings, reports, and arbitrations as efficient and timely as possible on behalf of our clients. Additionally Alisha is a certified notary and is responsible for all day-to-day operations of the office.

When she is not assisting clients to get the compensation they deserve, you can find Alisha on one of Northern Nevada’s beautiful hiking trails with her beloved Boxer, Ava, or traveling to far corners of the world.

Melissa has been working in the legal field for 20 years and has assisted in countless cliams to get clients the compensation they deserve after an accident. As a litigation paralegal with Matt Dion & Associates, Melissa works closely with Matt to obtain and record pertinent information and documentation related to our clients’ cases.

Melissa obtained her paralegal certificate from the University of Nevada Reno and has been living in Reno all of her professional career. In addition to working in personal injury law, Melissa also has experience with civil litigation and bankruptcy court making her a very knowledgeable and well-rounded paralegal.

When she is not assisting our personal injury clients, you can find Melissa attending her kids’ sporting activities or exploring the outdoors of Nevada. She also likes to travel and garden and stays very active in politics on both a local and state level. 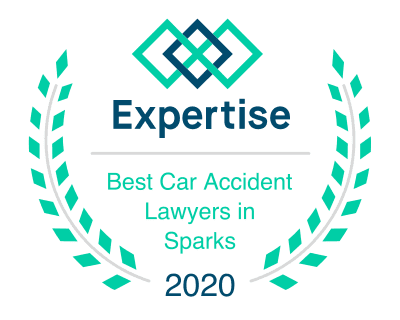